Huge savings on all tours for 2022
All Inclusive 8-Day Holiday Tour Packages Starting at $2,250 plus tax Per Person!
Privacy Policy 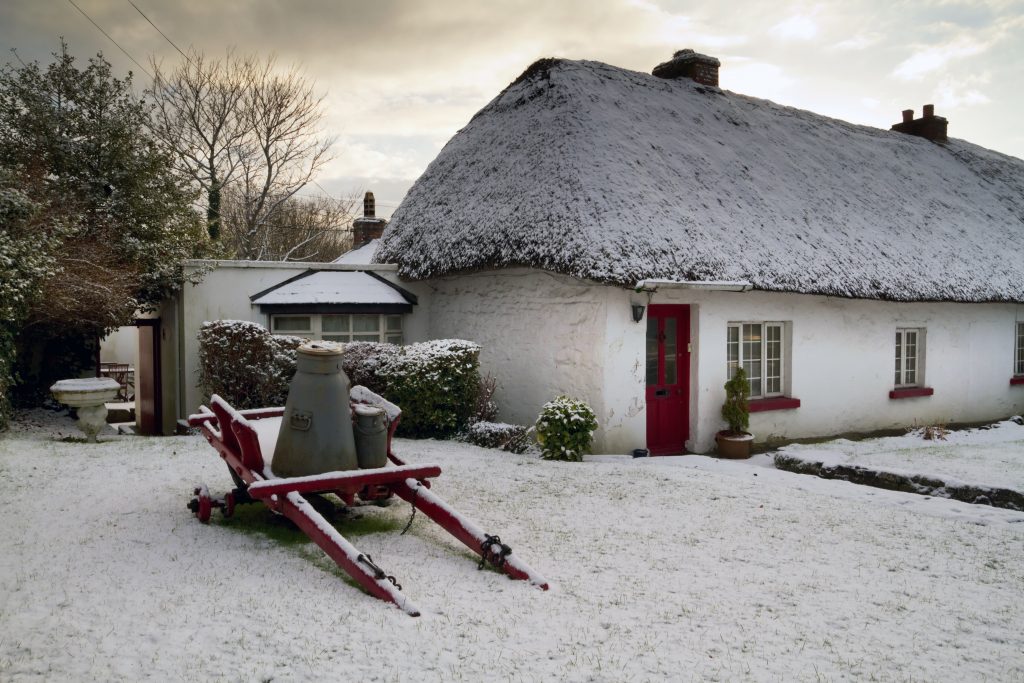 Today is the first of March which traditionally in Ireland  means the first of spring. We should be skipping along through daffodils and crocus but instead we were shovelling mountains of snow, digging out the woolly ski hats, scarves and snow boots and stocking up on the necessities. The whole of Ireland was hit by the Beast from the East. A severely cold front which blew in from Siberia, the likes few of us had ever witnessed anywhere.

We often get snow but it never lasts more than a few hours, this was here to stay. When we awoke on in the  morning, Kinsale was a glistening blanket of crisp white virgin snow and we were in awe. Blue skies reflected sparkles in the snow and something magical happened. The town was eerily quiet, wonderfully clean and new, covered by a blanket of fluffy white powder. It wasn’t long till households started to move about and a whole generation of youth, unaccustomed to the joys of snow donned the snow gear and ran squealing and laughing to this wonderful new playground.

Something about snow brings out the child in all of us, perhaps it is the innocence of the delicate snow that touches the innate. Within a couple of hours snowmen of all shapes and sizes greeted the light-hearted passers-by and there was a great sense of fun in the air. As inches of snow mounted to feet of snow, curfews were put in place as chaos hit the roads, motorways and the rural roads. Schools shut down to the delight of every student in the country, banks closed, post offices  and sadly restaurants and cafes resigned a nation of café goers to home-made coffees as they prepared for lock up. Shops which saw a rush on bread, butter, milk, firewood closed their doors and we were left to fend for ourselves There was nothing to do now but head home, batten down the hatches, and light the fire.

Netflix saw a run on box sets and movies as snow continued to fall and families settled indoors for the long haul.   Ireland became eerily quiet. In the late afternoons you sensed that everyone was indoors and there was a heavy silence in the streets and buildings. As the days progressed and snow continued to fall, a sense of urgency and assistance became real. It really felt like communities were coming together to help each other and those with 4x4s helped out where needed. Huge gestures of kindness made it slightly hard not to feel that life is actually a grand thing and all’s right with the world.